David Bruce does not take photos, he gives; he does not watch, he listens.

We learn the most about an artist from looking at their work. ‘Ju/’hoansi Bushmen of the Kalahari’ by South African photographer David Bruce, teaches us about both the subject and the artist. It’s a story of one man’s authentic connection and commitment to delicately documenting his intimate encounters with the indigenous Ju/’hoan people of Namibia - depicting the remains of a culture surviving far from the modern world. This project marks a relationship of 25 years, in which the Ju/’hoan began calling David Bruce ‘Bagon/hui’ – “The man who hears” – for although he wears a bone-anchor hearing-aid, David is an artist who truly listens.

Born in South Africa in 1963, David Bruce studied art and graphic design in Capetown before travelling to the London College of Printing where he began working as a photographer in the eighties. A career in creative advertisement awaited, but was left waiting, when David became enthralled by the native bushmen of northeast Namibia: the Ju/‘hoansi. This was the last remaining indigenous culture on the ancestral land of Namibia. Deeply intrigued, David Bruce left London to begin building a relationship with the Ju/’hoansi. It would last two and a half decades.

Central to Bruce’s decision to leave was the fact that these were people who still had an authentic connection to their native land, to nature. As David’s work with this sensitive culture developed, he became increasingly moved by a people who were not divorced from the world around them. “The Bushmen lived, not outside the realm of nature, but as part of nature.” David Bruce explains. “In my experience, their relationship with animals were at times mysterious, defying logic, where each plant and each animal has its own being, its own life and purpose, which the Ju/‘hoansi Bushmen are a part of.”

Although far from the technological age David had left behind in London, the Ju/’hoansi were nonetheless under threat of being swallowed by the modern world. In 2007, having observed the indigenous people for 30 years, David Bruce collaborated with a Ju/’hoansi native /Ui Kunta to set up the Ju/’hoansi Development Fund. A grassroots project to protect their culture traditions, and allow their connections with their ancestral land to grow. David has since inherited that same love for the wilderness.

Bruce’s ‘Ju/’hoansi Bushmen of the Kalahar’ collection is the pinnacle of this long relationship with the indigenous North Namibian culture. These fifty photos, taken over 26 years, were produced by 31 Studio in Gloucester/UK, using a 19th Century Platinum Printing technique that produced some of the earliest anthropological prints in history. The effect is startlingly vivid, monochromatic detail. The words of Canadian photojournalist Ted Grant come to mind when viewing David Bruce’s work: “when you photograph people in black and white, you capture their souls.” However, in this case the Ju/’hoansi soul has not so much been captured by David’s lens, as it has been given room to grow; and the authentic relationship they cultivated together over 25 years shows that David Bruce does not take photos, he gives; he does not watch, he listens. 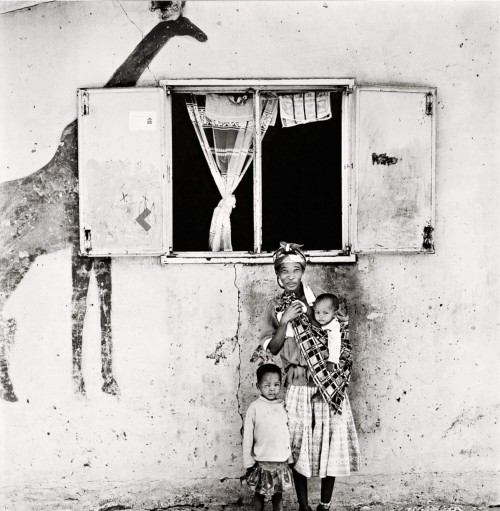 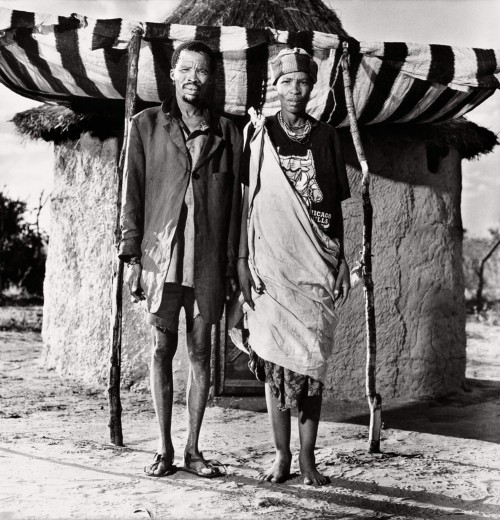 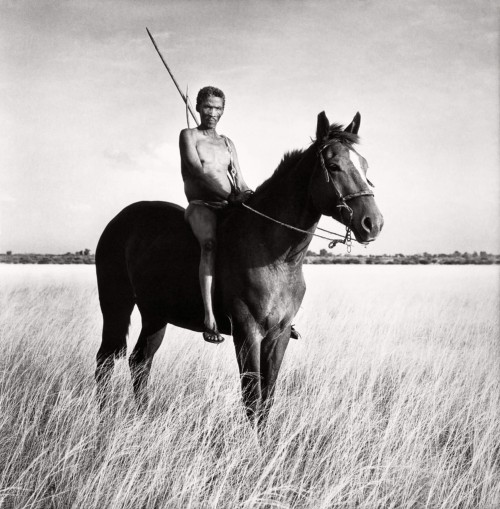 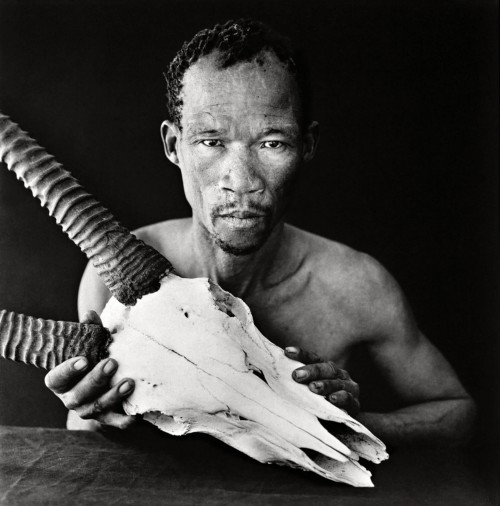 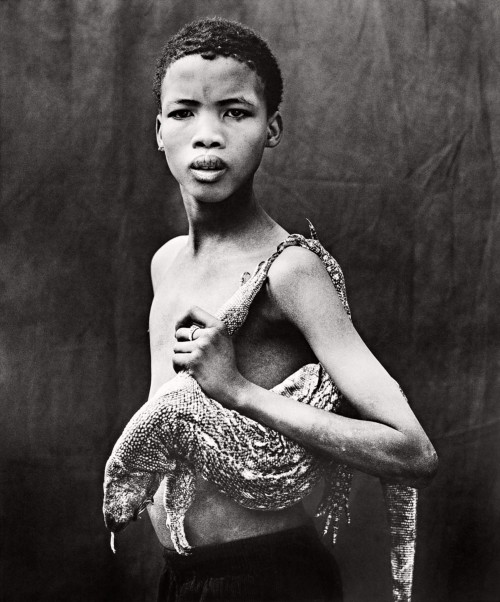 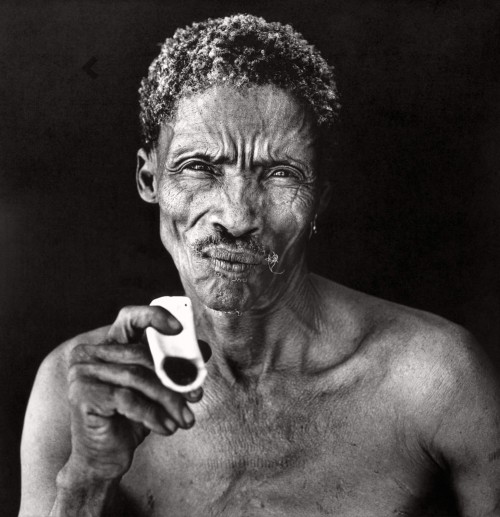 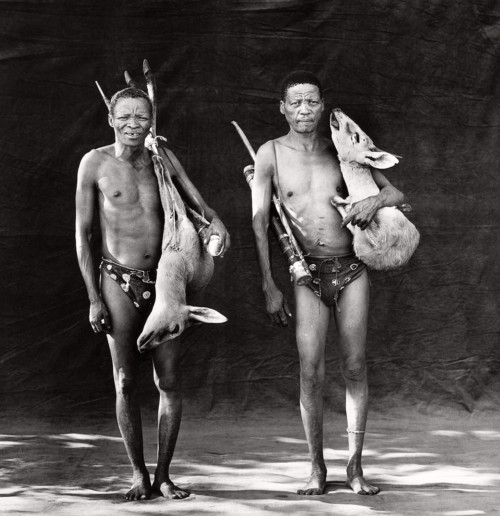 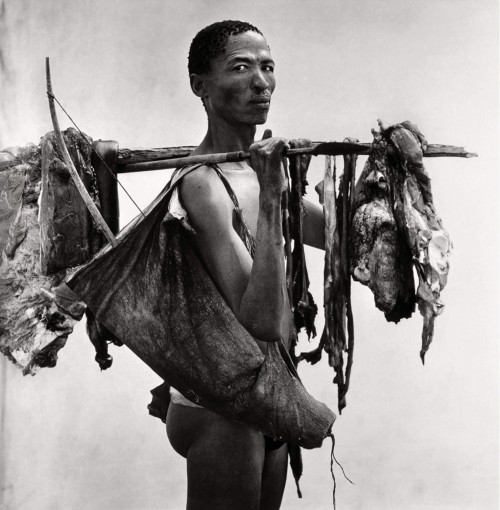 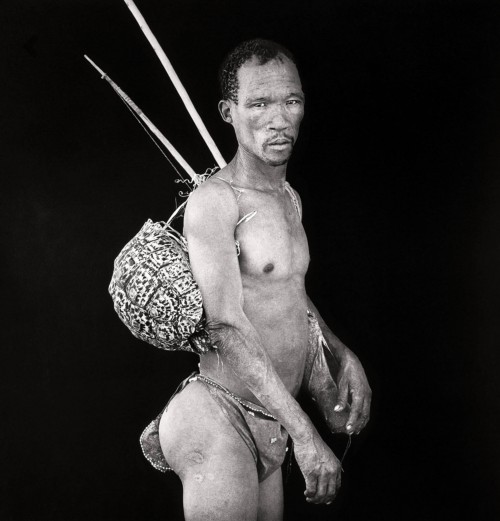 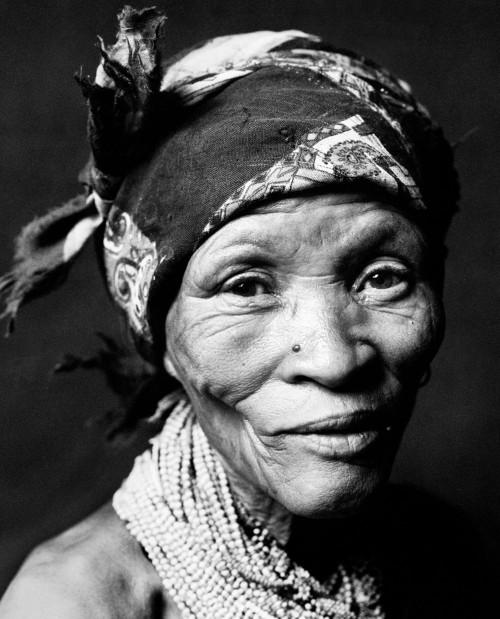 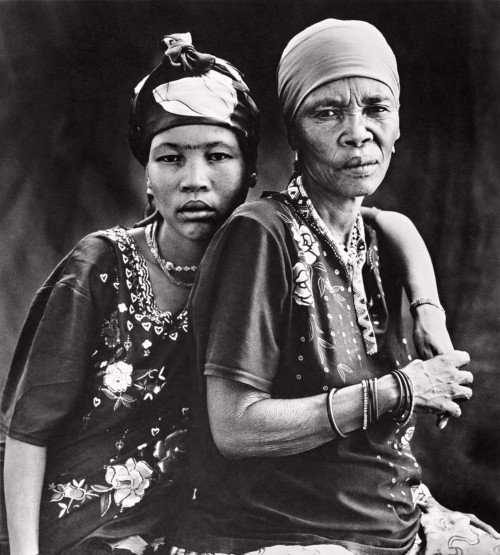 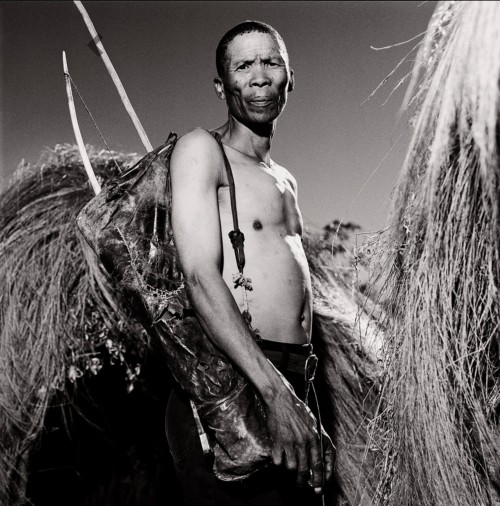 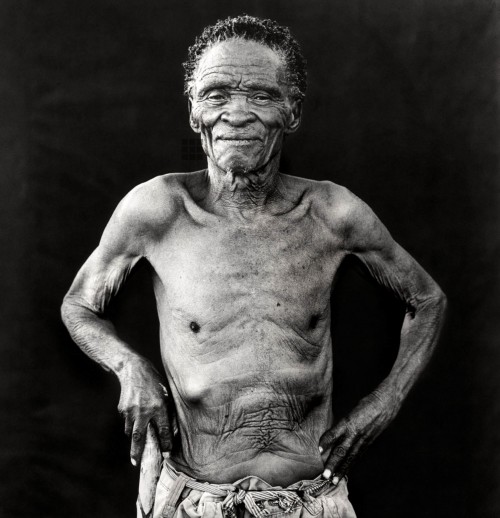 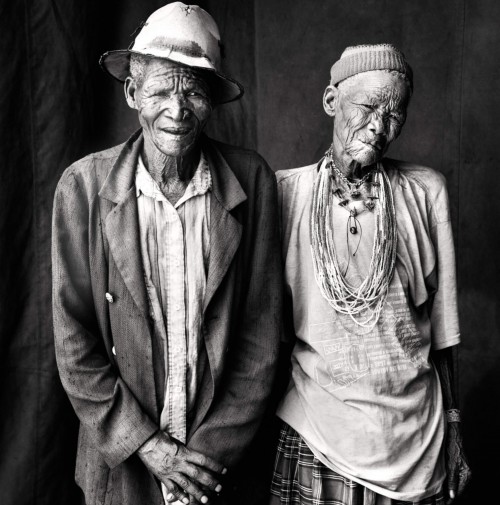 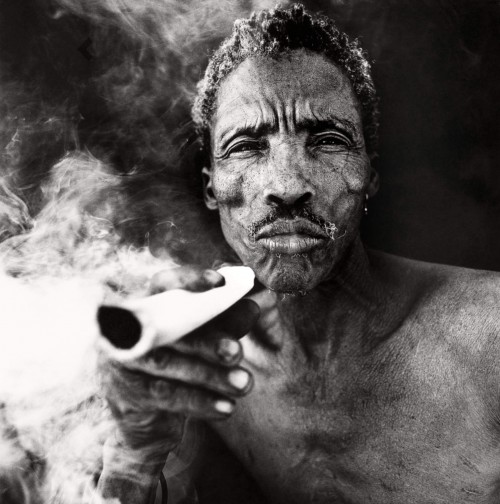 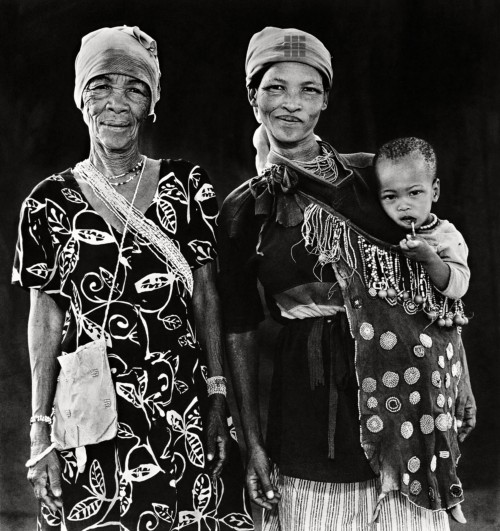 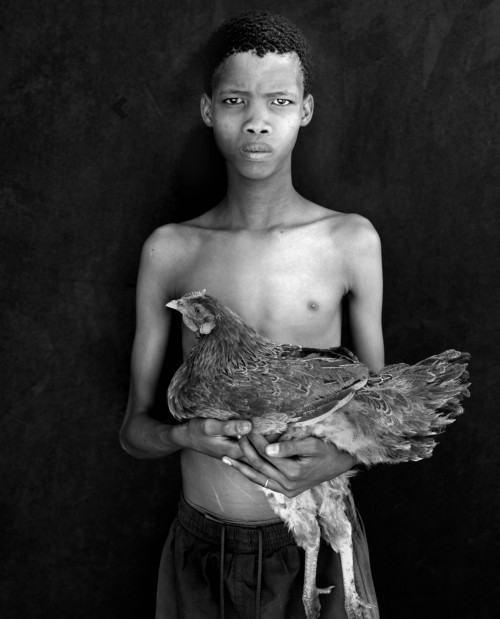